I am a Professor of Theatre at THOMPSON RIVERS UNIVERSITY, located in Kamloops, British Columbia, Canada, where I teach academic theatre courses and am an editor of the scholarly journal, Textual Studies in Canada. Other recent publishing projects, in October 2001, saw the launch of Playing the Pacific Province: An Anthology of British Columbia Plays, 1967-2000, that I co-edited with Ginny Ratsoy for Playwrights Canada Press. In addition, I have just edited two other books, George Ryga: The Other Plays, an anthology of all Ryga’s stage plays except The Ecstasy of Rita Joe, and George Ryga: The Prairie Novels, for Talonbooks. These were launched in October 2005 at the Vancouver International Writers Festival. I am also a board member of the Centre for the Study of Canada. Other current research is for the CURA SMALL CITIES PROJECT. Ongoing work includes a number of projects concerned with the performance culture of several small cities in British Columbia; specifically, the nature of the relationship between professional theatre companies and their communities in Kamloops, Prince George, and Nanaimo. In addition, I direct an annual play production featuring students from the first to fourth-year acting and technical courses. This show is presented to audiences from both the TRU community and the general public. A recent notable play production was what I am calling British Columbia’s first play, NOOTKA SOUND; OR, BRITAIN PREPAR’D, an eighteenth-century work that we staged at the Alumni Theatre in March 1999. In January 2004 we staged Samuel Beckett’s ENDGAME at the Actors Workshop Theatre on campus; in January 2005 we mounted Shakespeare’s TWELFTH NIGHT. In March, 2007, we played Michel Tremblay’s Canadian classic, LES BELLES SOEURS. In fall 2010 we presented Shakespeare’s great play, THE TEMPEST.

WHOSE SHOW IS IT, ANYWAY?

IN THE SMALL CITY

My research interests are:

AND, MOST OF ALL…

My particular research interest is the

HISTORY/CULTURE OF THEATRE IN BRITISH COLUMBIA.

Here are samples of my recent work in this field: 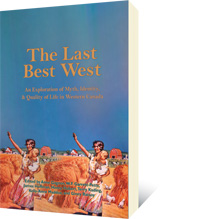 This anthology features all of Ryga’s stage plays except the widely known and available, The Ecstasy of Rita Joe.

This anthology includes the novels Hungry Hills, Ballad of a Stonepicker, and Night Desk. 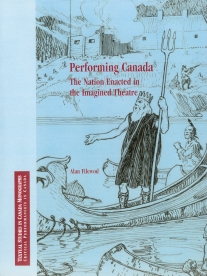 Performing Canada: The Nation Enacted in the Imagined Theatre, by Alan Filewod. Ed. and Intro. James Hoffman and Katherine Sutherland.

A seminal work linking key Canadian performance sites, from the 1600s to the present, with changing concepts of nation, by one of Canada’s leading theatre scholars. 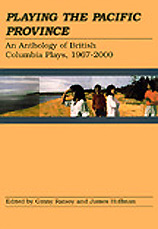 The Ecstasy of Resistance: A Biography of George Ryga. Toronto: ECW Press, 1995.

This is a “life and times” of one of Canada’s, and certainly British Columbia’s, major playwrights–best known for his still much discussed play, The Ecstasy of Rita Joe

“What does the Audience Get? Valuing the Arts in Kamloops and Beyond.” It’s Your Cue: The Audience Show. Kamloops: Western Canada Theatre and Small Cities CURA, 2008.

“Political Theatre in a Small City: The Staging of the Laurier Memorial in Kamloops.” Chapter for The Small Cities Book, On the Cultural Future of Small Cities, ed. W.F. Garrett-Petts. Vancouver: New Star Books, 2005. An examination of two stagings, in 1910 and in 2004, of the Laurier Memorial in Kamloops. Reprinted in Theatre in British Columbia, ed. Ginny Ratsoy. Toronto: Playwrights Canada Press, 2006.

“Shedding the Colonial Past: Rethinking British Columbia Theatre.” BC Studies 137 (Spring 2003). A critical survey of the various writings in the formation of British Columbia theatre from early works to the present.

“Captain George Vancouver and British Columbia’s First Play.” Theatre Research in Canada 21.2 (Fall 2000). I make a case for considering Nootka Sound; Or, Britain Prepar’d, staged at Covent Garden Theatre in London during the 1790s, as a significant “first play” as it staged events taking place in the Pacific province.

Entry: “Theatre.” The Encyclopedia of British Columbia. Vancouver: Harbour Publishing, 2000. A survey of the history of the theatre in the province.

“Subverting Modernisms in British Columbia: Christopher Dafoe at the Vancouver Sun, 1968-1974.” Establishing Our Boundaries: English-Canadian Theatre Criticism, ed. Anton Wagner. Toronto: U of Toronto P, 1999. A critical survey of the work of one of Vancouver’s leading theatre critics.

“Where is Place? Theatre and Territory in Small City British Columbia.” CURA Conference: Map My Culture, North Island College, Courtenay, BC, May 2009.

“Community-Based Theatre in the Small City: Towards a Model of Engagement Indicators.” CURA Conference: Whose Show Is It, Anyway? Community-Engaged Performance and Exhibition Arts in the Small City, Thompson Rivers University, Kamloops, BC, March 2009.

“Playing the Small City: Whose Show is it, Anyway?” Ginny Ratsoy, co-presenter, Congress of the Humanities and Social Sciences, York University, Toronto, May 2006.

“Whose Show is it, Anyway? The Role of the Small City in Performance,” Centre for the Study of Canada, Thompson Rivers University, Kamloops, BC, November 2005.

For a good, searchable database on contemporary Canadian Theatre, try

There is also some good theatre information available in

For archived TV/Radio broadcasts, go to

For a good online journal on Postcolonial Theory, go to

and for primary documents of Canadian History, look at

For a good website on Canadian Diversity, go to

For a British site of Canadian Information, see

Interested in a new, refereed, SCHOLARLY JOURNAL on POSTCOLONIAL ISSUES

that is totally available on the net? Have a look at

Want to have a look at the CANADIAN THEATRE MUSEUM? Here’s the link:

Probably the best, inclusive source for scholarly discourse on BC is

which contains various links of “selected databases and indexes

for the study of British Columbia”

After clicking the above link, click RESOURCES, then DIGITAL DOMAIN

For British Columbia Theatre, have a look at
B.C. THEATRE

LINKS FOR PLAYWRIGHTS…AND PLACES
Are you a playwright? Like to examine a good site for playwriting assistance? These people, all writers themselves, are happy to sign you up for a workshop or put you on their informative mailing list. Contact them at
ESCRIPT
or try
PLAYWRIGHTS THEATRE CENTRE
—————————————————————————————–
Looking for a great site for LINKS TO WORLD THEATRE? Try this

Want to have a tour of an ancient theatre building? Go to 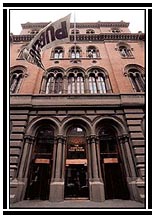 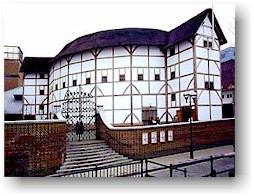 A CONFERENCE ON BRITISH COLUMBIA THEATRE

In 1999 we held the first-ever British Columbia Theatre Conference. This took place May 13, 14, 15, at the University College of the Cariboo. The Conference brought together academics, students, practitioners, and the public to discuss and celebrate the great variety of theatrical experience of the province–which still remains largely unexamined. There were guest speakers, papers, and panels as well as performances, videos, and displays.

We were pleased to hear papers from a wide variety of disciplines and topics relating to British Columbia theatre, such as theatrical history, architectural analysis, anthropological studies, economics of theatre, criticism and theory, literary studies, cultural studies, broadcasting/ media.

You can read about this Conference, plus some of the papers presented, in a special issue of

The Nanaimo Opera House, opened in 1890

at the University of British Columbia

Read the journal BC STUDIES 137 (Spring 2003) for related articles.

THEATRE 3220 History of Modern Theatre in the Twentieth Century

You can reach me via e-mail at
MAIL ME